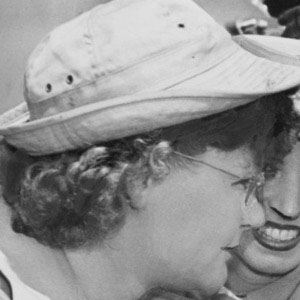 Texas woman who became the first Secretary of the U.S. Department of Health, Education and Welfare. She was a colonel in the U.S. Army during World War II and became the first woman ever to receive the Distinguished Service Medal.

In 1925, she graduated from the University of Texas Law School.

In honor of her contributions to the progress of women in government and the military, institutions like the library at Texas Central College have been named after her.

She married the Governor of Texas, William P. Hobby. She had two children, a son named William Jr. and a daughter named Jessica.

She and Abraham A. Ribicoff both served as U.S. Secretaries of Health and Human Services.

Oveta Culp Hobby Is A Member Of