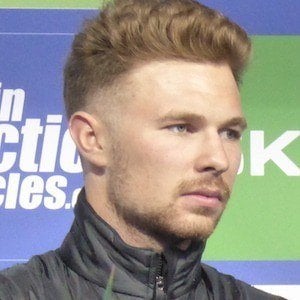 He began by playing rugby and then became a rider for Maindy Flyers. In 2010, he joined the British Cycling Olympic Development Programme where he continued to excel, eventually making it to the Olympics in 2016.

He is known for being the first Welsh-speaking athlete to win Olympic gold in 2016.

He was born and raised in Cardiff, Wales. He posted a picture with his sister Emily and his brother Rhys to his Instagram in March of 2017.

He posted a picture with Prince William when he received his MBE at the palace.

Owain Doull Is A Member Of