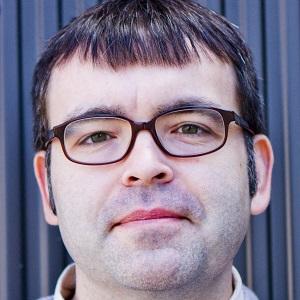 Like his famous parents Stephen King and Tabitha King, this Maine native had a successful career as a writer. Eight years after publishing the acclaimed work We're All in This Together: A Novella and Stories, he penned his first novel, Double Feature.

After graduating from Vassar College, he received a Master of Fine Arts degree in Creative Writing from Columbia University.

He and Joe Hill co-wrote the screenplay for the film Fade Away.

He and his siblings Joe and Naomi grew up in Bangor, Maine. He later married fellow author Kelly Braffet.

His famous father, Stephen King, penned such popular novels as The Shining, Misery, and Carrie (all of which were made into successful films).

Owen King Is A Member Of