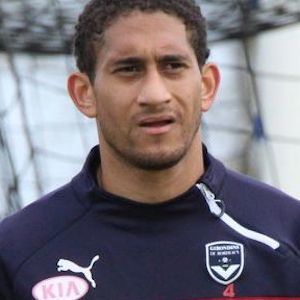 Brazilian central defender who is famous for his career in Brazil's Serie A. In 2017, he was loaned out to Corinthians and was part of the Campeonato Paulista Team of the Year.

He made his professional debut in 2009 with Brazilian club Ceará.

He signed with French club Bordeaux in 2015, and was subsequently placed on loan to Corinthians in 2017. He has also earned caps for Tiradentes, Gremio, and Avai.

He was originally born and raised in Sao Luis, Brazil.

He played for Corinthians' defense alongside Guilherme Arana.

Pablo Castro Is A Member Of