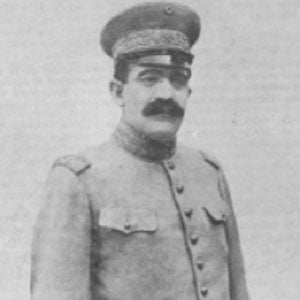 Military General who served in the Mexican Army during the Mexican Revolution. He is credited with being one of the main masterminds behind the assassination of revolutionary Emiliano Zapata.

He worked for various oil and railroad companies in Mexico and the United States.

He went into exile in the United States after being arrested for treason during the presidency of Adolfo de la Huerta.

He was an orphan since age six.

He was a part of the insurrection against Mexican President Porfirio Diaz in 1991.

Pablo González Garza Is A Member Of