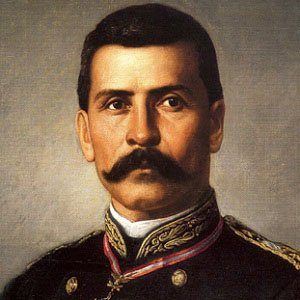 This seven-term President of Mexico first took power in 1876 and was overthrown during the Mexican Revolution. Earlier in his life, he participated in a Mexican civil war known as the Reform War and also fought the French at the 1862 Battle of Puebla.

He initially trained as a priest; however, following his involvement as a volunteer in the Mexican American War, he decided to pursue a military career instead. He later studied law at the Instituto de Ciencias.

In the early years of his presidency, he presided over a politically stable and economically prosperous Mexico; however, he slowly made enemies as a result of his government's repressive policies.

His first marriage -- to his niece Delfina Ortega Diaz -- lasted from 1867 until 1880. He later had a more than six-decade marriage to Carmen Romero Rubio.

He and Benito Juarez both held office as President of Mexico during the latter half of the 19th Century.

Porfirio Diaz Is A Member Of