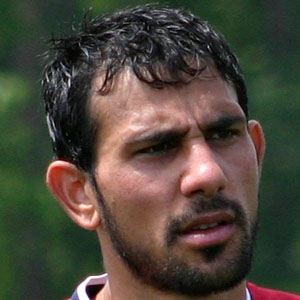 American midfielder who won an MLS Cup with the Colorado Rapids in 2010. He was a member of the Rapids from 2002 to 2013 before joining the Los Angeles Galaxy.

He played college soccer at North Carolina State from 1994 to 1997.

He had a son and a daughter, Gianluca and Giuliana, with his wife Kelly Long.

He joined the Los Angeles Galaxy a year after David Beckham ended his Galaxy career.

Pablo Mastroeni Is A Member Of