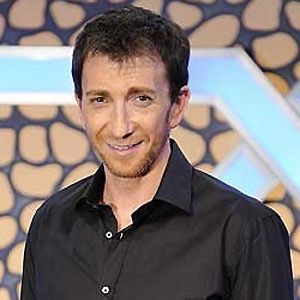 Television host of a popular Spanish comedy show called El Hormiguero. He also hosted such programs as Megacine, The Comedy Club, and The Night... with Fuentes and Co.

Prior to landing his own show, he worked for the Radio Requena network.

He advertised such products as Visa, Coca Cola, and McDonald's.

He was born in Requena, a suburb of Valencia, Spain.

He and fellow comedian Dane Cook both received their fair share of ridicule; a British magazine, FHM, at one point named Motos the worst comedian of the year.

Pablo Motos Is A Member Of