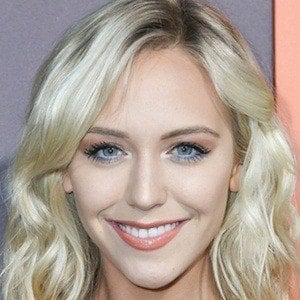 Model and actress who rose to fame as a finalist on the revamped America's Next Top Model on VH1. She appeared as a model in the film Transformers: Age of Extinction, along with minor roles in the TV series' Gossip Girl and Zip.

She started modeling at the age of 16 after a sudden growth spurt hit.

She would fake sick days so she could stay home from school to watch marathons of ANTM.

She was born in the Detroit suburb of Birmingham. Her father is celebrity photographer Paul Mobley.

She appeared on Ellen DeGeneres' talk show host as a spokesperson for Will Forte and Carrie Underwood.

Paige Mobley Is A Member Of