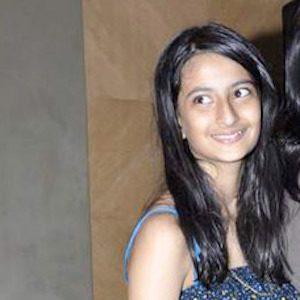 Internet sensation who built a following as the daughter of actors Shweta Tiwari and Raja Chaudhary. She has become known on Instagram for posting selfies and modeling photos. Since launching the account in 2015, she has earned more than 650,000 followers.

In the spotlight from an early age, she first began appearing alongside her parents are red carpet events.

She travelled to Dubai in December 2020.

She has a younger half-brother, Reyansh Kohli, who is the son of her mother's second husband, Abhinav Kohli.

She was cast in her feature film debut opposite Darsheel Safary in the film Quickie.

Palak Tiwari Is A Member Of