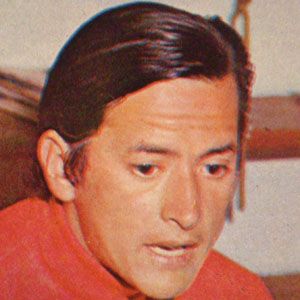 Argentine rock musician and actor who recorded more than two dozen albums and appeared in as many films. He is remembered for albums like La Edad del Amor.

He sold newspapers as a young man.

He had a successful career as a politician after retiring from music, having been elected Governor of Tucumán Province in 1991.

He came from a very poor Lules family.

He worked closely with Argentine President Carlos Saul Menem during his time in politics.

Palito Ortega Is A Member Of