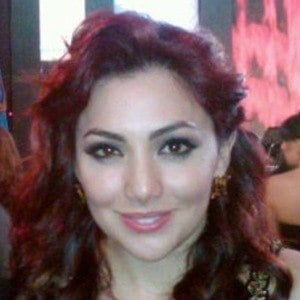 Ecuadorian singer, actress, and dancer who has received several awards such as La artista Revolucion, Premio Huancavilca, and Disco Rojo. In 1993, she hosted her own TV show called El Rincon de los Bajitos.

She started taking music and dance classes at the age of 7 years old. She studied at Conservatory Antonio Neumane and Danzas Jazz Academy of Guayaquil.

She released her debut album Alegria in 1994.

She has a child named Maximilian with her husband David Harutyunyan.

Pamela Cortés Is A Member Of