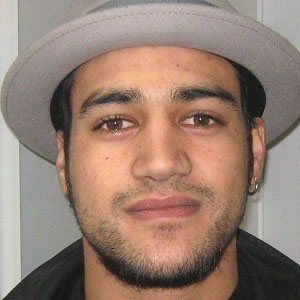 Known best for his role as Nasir in the Starz series Spartacus: War of the Damned and Spartacus: Vengeance, this screen actor also appeared in such New Zealand films as Kawa (as Sebastian) and Boy (as Juju).

He made his television debut in a 2007 Maori-language program called Whanau.

A native of Christchurch, New Zealand, he was a student at Aranui High School.

He and New Zealand soap opera actress Danielle Cormack welcomed a child named Te Ahi Ka in 2010. Following their split he began dating a woman named Naomi and in 2015 they welcomed a daughter named Tiare Masina.

He and Lucy Lawless were both in the cast of Spartacus: Vengeance.

Pana Hema Taylor Is A Member Of