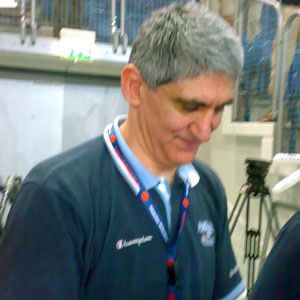 He signed a two-and-a-half-year coaching contract with Olympiacos in 2008, and began earning 1.1 million euros annually.

He married Eugenia, with whom he fathered two children, Kalliope and Dimitris; his four brothers all died over the course of a decade.

He and Nikos Galis became legends of the Greek national team.

Panagiotis Giannakis Is A Member Of