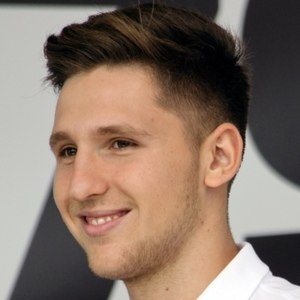 Defender who became an instant star after joining Olympiacos FC in 2016. He began playing for Greece internationally at the under-17 level and made his senior debut in 2017.

He first joined the Olympiacos youth squad when he was 10 years old.

He won the Super League Greece Young Player of the Year for 2017.

He became teammates with Jonathan Tah on Bayer 04 Leverkusen in 2017.

Panagiotis Retsos Is A Member Of