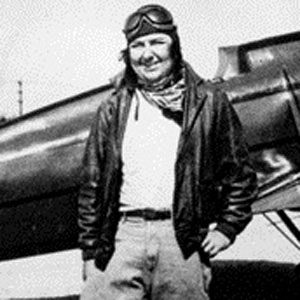 She drove her cousin to flying lessons and decided during this period to learn to fly herself.

She was married four times and had several children. One of her sons opened an aviation business near Los Angeles, California.

She was one of the inspirations behind Tom Wolfe's well-received book The Right Stuff, which was later adapted into a film.

Pancho Barnes Is A Member Of