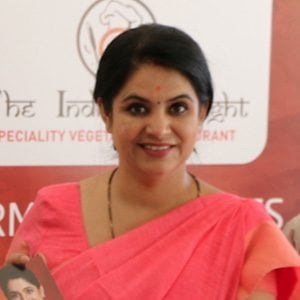 After earning recognition for her MasterChef appearances, she went on to release her first cookbook in November of 2012. That same year she also developed her own mobile app and was invited to participate in the Varli Food Festival in New York City.

She is known for having created New Delhi's largest sandwich along with more than 40 other children as part of the Be a Hero event.

She shared a photo with her son and daughter through Instagram in October of 2018.

She appeared alongside host Akshay Kumar when she competed on MasterChef India.

Pankaj Bhadouria Is A Member Of