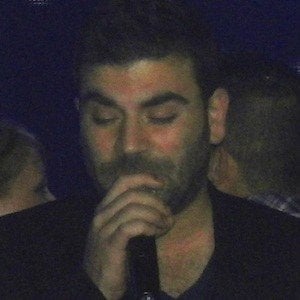 Award-winning Greek singer who rose to fame in 2012 following the release of his debut album Alkoolikes Oi Nyhtes. He then went on to release three more successful albums before his premature death in 2016.

He grew up with a deep love for music and, at the age of twelve, asked his parents to get him his first guitar and began teaching himself to play.

Prior to pursuing his musical career, he was a member of the Hellenic Navy.

He grew up with his parents, Stavros and Athina, and his siblings, Constantinos and Triantafyllos, in Nea Ionia, a suburb of Athens. He died tragically in a car crash in Athens on February 18th, 2016.

Pantelis Pantelidis Is A Member Of