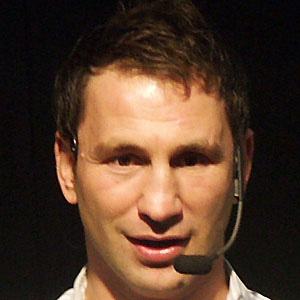 Former Intercontinental Welterweight Champion boxer who also acted in a few films such as the Swedish film The Girl Who Played With Fire.

He was a kickboxing and Taekwondo champion of Sweden before turning to boxing at age 24.

His life is portrayed in the 1987 Swedish movie Stockholmsnatt.

He appeared in the 2009 thriller The Girl Who Played With Fire, which starred Noomi Rapace in the lead role.

Paolo Roberto Is A Member Of