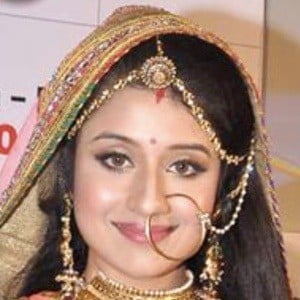 Indian actress known for her starring role in the historical television series Jodha Akbar. She also appeared in the soap opera Ruk Jaana Nahin and in the romantic series Tere Mere Sapne.

Before beginning her acting career, she earned a degree in business from the Prestige Institute of Management and Research.

She was honored at the 2013 Zee Rishtey Awards ceremony for her acting work with India's Zee TV network.

She was born and raised in India's central Madhya Pradesh state. She married businessman Tanmai Saxena. The couple welcomed a daughter in 2017.

Paridhi Sharma Is A Member Of