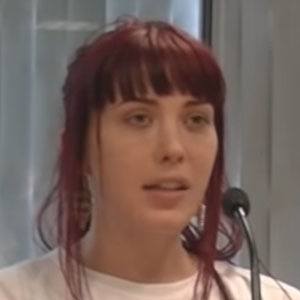 Transgender rights activist notable for being the first trans columnist at Vogue. She was also the first trans woman to present shows on BBC Radio 1 and Channel 4. The National Diversity Awards honored her with the Positive Role Model Award for LGBT in 2012.

She identified as a gay man in early adulthood. She served eight months in prison for committing a robbery at the age of 16.

She began her gender transition at the Charing Cross Gender Identity Clinic. She topped the Independent on Sunday's 2013 Pink List. She was the first trans cover girl for Diva.

She was born in Hucknall, Nottinghamshire, England, UK.

Paris Lees Is A Member Of