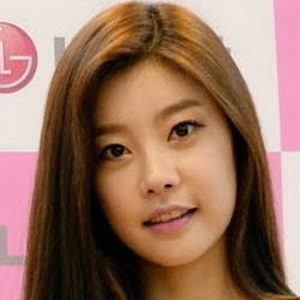 Pop singer known for being a member of the girl group Girl's Day. She often goes simply as Sojin and is heavily involved in writing music for the group.

She studied mechanical engineering at Yeungnam University and worked as a vocal coach. Girl's Day debuted in 2010.

She's a frequent guest on variety shows and has also appeared in more traditional television programming.

She grew up in Daegu, South Korea.

She and Bang Minah have performed together as part of Girl's Day.

Park So-jin Is A Member Of