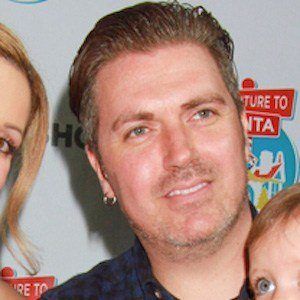 Businessman best known as the mind behind Insomniac Events, a tour promotion company primarily known for its electronic music events. Some of Insomniac's most notable events include Electric Daisy Carnival, Audiotistic, and Nocturnal Wonderland.

His debut event, the Electric Daisy Carnival, made its first opening in 1997 in Los Angeles.

In May 2014, Insomniac Events announced it's child company Insomniac Records in partnership with Interscope Geffen A&M.

He married model Holly Madison in 2013 and they divorced in 2019. He and Holly have a daughter named Rainbow.

Some guests at his events with Insomniac Events have included stars like Bill Nye.

Pasquale Rotella Is A Member Of