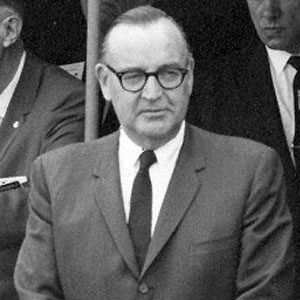 Governor of California from 1959 to 1967 who was the father of the state's future governor Jerry Brown. His tenure as Governor was marked by a dramatic increase in water-resources development including the construction of the California Aqueduct.

He practiced law in San Francisco before running an unsuccessful campaign for the State Assembly in 1928.

He put out a proposal to abolish the death penalty in California but it failed.

He was on the shortlist for the democratic nominee for president, along with Lyndon B. Johnson.

Pat Brown Is A Member Of