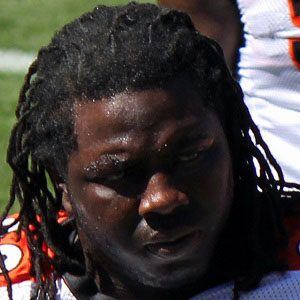 Defensive tackle best known for his two separate stints as a member of the Cincinnati Bengals, with whom he played from 2008 to 2012 before rejoining the team in 2015. He was previously a First-Team All-SEC selection at Auburn University.

He attended Dillard High School in Fort Lauderdale, Florida, where he won a state title in basketball.

His parents are Lizzie and George Sims.

He and wide receiver Andre Caldwell were both drafted by the Bengals in 2008.

Pat Sims Is A Member Of