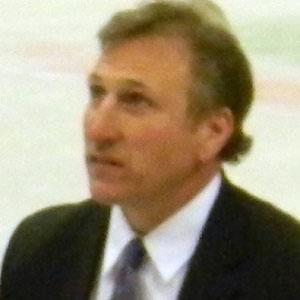 NHL right winger who was nicknamed the Little Ball of Hate for his diminutive stature and his tendency to rile up fans, opponents, and teammates alike.

He was drafted by the New Jersey Devils and was part of the team's first playoff run.

His nearly 1,100 career points were overshadowed by the nearly 2,900 penalty minutes he spent in the box.

He grew up in Sarnia, Ontario Province, Canada.

He spent two of his last three seasons playing on the Detroit Red Wings beside the legendary Steve Yzerman.

Pat Verbeek Is A Member Of