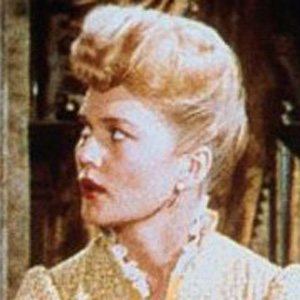 Actress who debuted on Broadway in the late 1940s and went on to appear in numerous films during the 1950s and 1960s. Her film credits include roles in Tea for Two, Rocky Mountain, The Big Trees, and I'll See You in My Dreams.

She was born into a family of Vaudeville performers, and she joined the family's vaudeville act when she was just six years old.

She starred in the 1948 Broadway musical Hold It!, earning a Theatre World Award for her performance.

She married Errol Flynn in 1950; they became parents to one daughter.

She appeared in Tea for Two, a 1950 film that starred Doris Day.

Patrice Wymore Is A Member Of