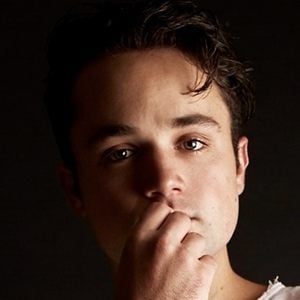 Mexican television star most well known for bringing to life Jorge Gallardo in the 2016 comedy Silvana Sin Lana. He is also recognizable for his role as Enrique 'Kike' Calderón in 11-11 En Mi Cuadra Nada Cuadra.

He made his acting debut in 2011 playing Ignacio in Lucho en familia.

A talented singer, he shares his skill on his self-titled YouTube channel by covering popular songs by artists like Ed Sheeran and Sam Smith.

He inherited his love of entertainment from his uncle, Gerard, a film and television performer.

In the 2016 comedic drama Silvana Sin Lana, he stars opposite Carlos Ponce and Maritza Rodriguez.

Patricio Gallardo Is A Member Of