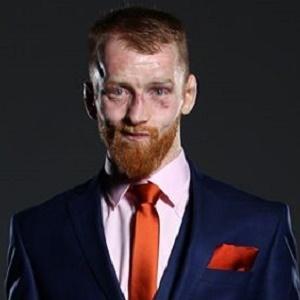 Irish mixed martial artist of the flyweight division in UFC who has also competed for Cage Contender. He was a competitor on The Ultimate Fighter 18.

He began his professional MMA career in 2007. He was victorious in his first ever professional bout, defeating Shane Bane by submission.

He made his official promotional debut against Josh Sampo at UFC Fight Night 46 in July 2014.

Ronda Rousey was the coach for one of the two teams on The Ultimate Fighter 18 in which Patrick competed.

Patrick Holohan Is A Member Of