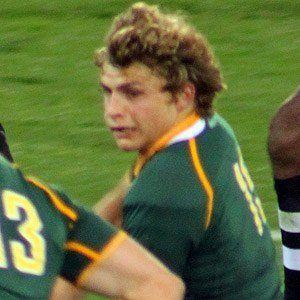 South African who became known for playing flyhalf, centre, and fullback for the Natal Sharks.

He led the 2009 ABSA u21 Currie Cup in points despite being only 19 years old at the time.

He won the SARU Young Player of the Year award in 2011.

He played for the Natal Sharks, much like fellow South African JP Pietersen.

Patrick Lambie Is A Member Of