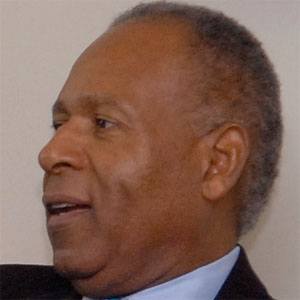 He obtained his Bachelor's Degree from the University of the West Indies in 1969 and first entered Parliament two years later.

Before entering Parliament, he worked for Texaco as a geologist.

He succeeded Yoweri Museveni as the 6th Chairperson-in-office of the Commonwealth of Nations in 2009.

Patrick Manning Is A Member Of