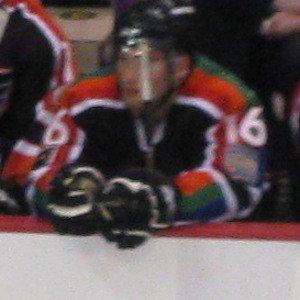 NHL winger who made his debut with the Anaheim Ducks in 2011-12. He was a member of the 2019 Stanley Cup Champion St. Louis Blues.

He played for the Texarkana Bandits and St. Louis Bandits in the North American Hockey League before beginning his professional career in the OHL and AHL.

He was a sixth round pick of the Philadelphia Flyers in 2007.

He was born in St. Louis, Missouri. His wife's name is Francesca; the two got married in 2020.

He began playing on a line with Ducks captain Ryan Getzlaf during the 2014-15 season.

Patrick Maroon Is A Member Of