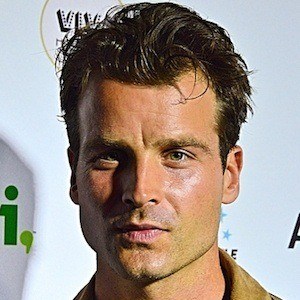 Known for his 2003 debut pop album, Welcome, this Swiss-born vocalist released a second album, Superglue, in 2005, and a third, Nuo, in 2007. Also an actor, he played a recurring role in the German television series Lotta in Love.

As a child, he dreamed of becoming a professional tennis player; however, in his teens, he devoted himself to the pursuit of a music career. At the age of twenty, he signed with Warner Music.

He was a judge on Season 8 of the German Idol reality talent competition.

He and his brother, Simon, were born in Lucerne, Switzerland, to a family of Swiss and Albanian heritage.

Patrick Nuo Is A Member Of