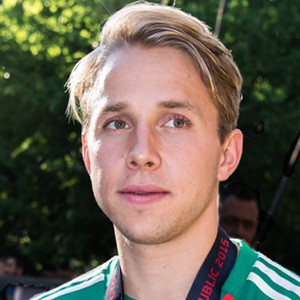 He is known for having been the UEFA European Under 21 Champion in 2015 as part of Swedens national team.

He was born and raised in Falun, Sweden and shared a photo of his son through Instagram in September of 2018.

Other goalkeepers known for their work on Sweden's national team include Robin Olsen and Johan Wiland.

Patrik Carlgren Is A Member Of