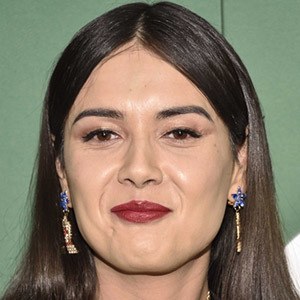 Trans comedian, actress and writer who has appeared on such shows as High Maintenance, Broad City and Shrill. As a stand-up, she has performed on Comedy Central and been a multiple-time guest on The Tonight Show with Jimmy Fallon.

She got her start in comedy performing with her college improv team.

She has co-hosted the podcast A Woman's Smile with Lorelei Ramirez.

She has four older siblings.

She began appearing with Aidy Bryant on Shrill in 2019.

Patti Harrison Is A Member Of