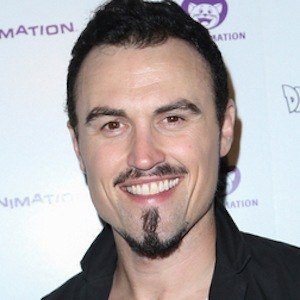 Welsh actor known for his roles as Vex on Lost Girl and Dr. Roberts on Murdoch Mysteries. He's also appeared on Warehouse 13, Combat Hospital, and in the 2013 movie Sex After Kids.

After attending Welsh school growing up, he studied at the London Academy of Music and Dramatic Arts. He appeared in his first film, Four Feet, in 2002.

He was used for motion capture of the character Jacob Frye in the video game Assassin's Creed: Syndicate. He also voiced the character.

Paul Amos Is A Member Of