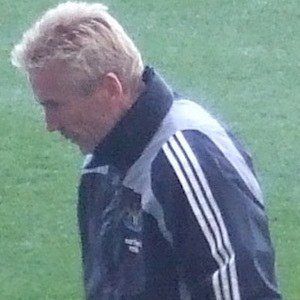 Soccer coach and former goalkeeper, he is best known for captaining the Las Vegas Mobsters. He spent much of his career as a player for Wellington United amongst a number of other teams.

Before becoming a professional soccer player, he qualified as a physical education teacher.

In 1986, he and the Queens Park Rangers were runners up at the Football League Cup.

He was born in Woolwich, London.

Much like Jill Ellis, he is an English soccer coach who ended up working in the United States.

Paul Barron Is A Member Of