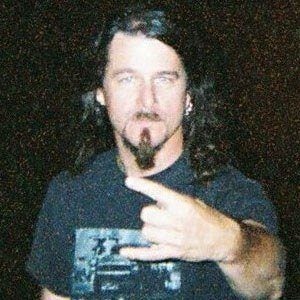 He attended Newark Memorial High School, buying his first drumset when he was fifteen years old.

He grew up listening to The Beach Boys and The Beatles.

He was born in San Francisco, but grew up in Newark.

He was influenced by Dave Lombardo.

Paul Bostaph Is A Member Of