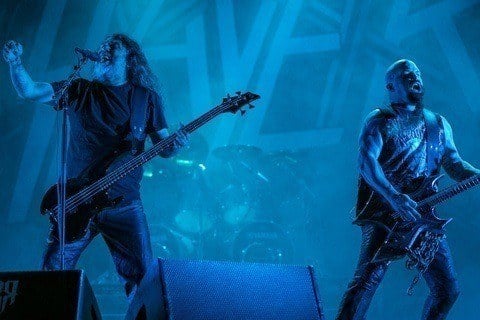 One of the most influential metal bands of all time. They won two Grammys for Best Metal Performance including "Eyes of the Insane" in 2007 and "Final Six" in 2008. Guitarist Jeff Hanneman died in 2013.

Guitarist Gary Holt left Exodus to join Slayer in 2011 on tour, and then eventually as a band regular.