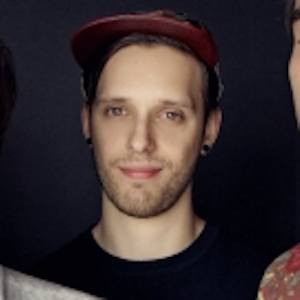 Guitarist who's often billed as Paul Wilson. He's known for playing with the band Chunk! No, Captain Chunk!, who've had success with the albums Pardon My French and Get Lost, Find Yourself.

One of their breakout hits was a cover of Smash Mouth's "All Star" on the albums Pop Goes 90's 2. Their name is derived from the movie The Goonies.

He grew up in France, but the band sings in English, often finding an audience outside of their home country.

He and Bertrand Poncet are two of the founding members of the band.

Paul Cordebard Is A Member Of