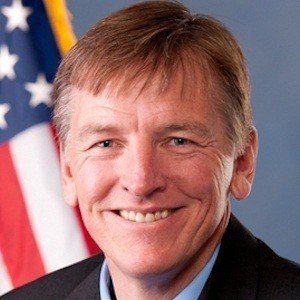 Republican politician who became a member of the United States House of Representatives from Arizona in 2011.

He received his D.D.S. from Creighton Boyne School of Dentistry before owning and operating his own dentistry practice in Flagstaff for 25 years.

He was the Arizona Dental Association's Dentist of the Year in 2001, was inducted into the American Dentistry Association Hall of Fame, and served as their President.

He has three children with his wife Maude.

He was endorsed by Sarah Palin and three Arizona county sheriffs during the 2010 congressional race.

Paul Gosar Is A Member Of