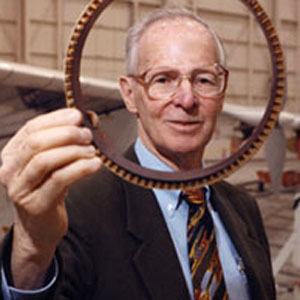 Aeronautical engineer best remembered as the founder of the technology company AeroVironment. He won the first-ever Kremer Prize for designing a human-powered aircraft in 1977.

He was a pilot in the U.S. Navy during World War II.

He was the first American to become the World Soaring Champion, winning three Richard C. du Pont Memorial Trophies as the winner of the U.S. National Open Class Soaring Championship.

He was married to Judy Leonard.

He received the Howard Hughes Memorial Trophy from the Aero Club of Southern California in January 1999.

Paul MacCready Is A Member Of