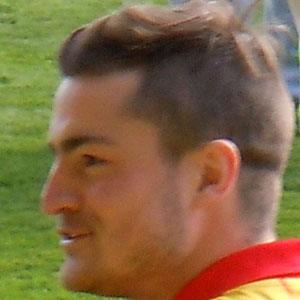 Scottish soccer player best known as a member of Scottish Premiership clubs like Partick Thistle FC and Dundee United FC. He signed with Falkirk in 2018 after spending a season at Plymouth Argyle. At the international level, he debuted for Northern Ireland in 2014.

He began his senior career with Queen's Park in 2005.

His father was born in Larne, Northern Ireland. He has a daughter named Alex.

He has been teammates with Gary Mackay-Steven at Dundee United FC.

Paul Paton Is A Member Of