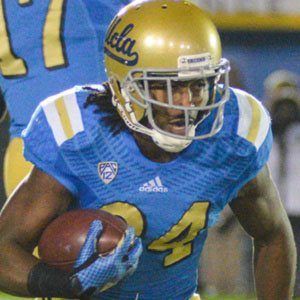 Running back who was an honorable mention All-Pac-12 selection as a member of the UCLA Bruins in 2014.

He was a first-team all-state selection his senior year at Chandler High School, after he rushed for 1,297 yards and 20 touchdowns.

He became the lead rusher for UCLA as a sophomore in 2013, after an injury to former starter Jordan James.

His father Paul "Bruce" Perkins played fullback at Arizona State and his uncle Don Perkins was an NFL running back for the Dallas Cowboys.

Paul Perkins Is A Member Of