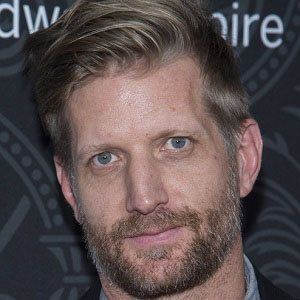 Known best for his role as Mickey Doyle on HBO's Boardwalk Empire, he is also notable for his performance as Carver in the 2012 Matthew McConaughey and Reese Witherspoon movie Mud. In 2015, he began playing Thomas Yates on the Netflix series House of Cards.

After briefly attending Oklahoma State University, he earned a Bachelor of Fine Arts degree in Acting from New York University's Tisch School of the Arts.

He played the role of Guy Doyle in three episodes of the MTV series Underemployed.

The child of a teacher and a coach, he spent his youth in the cities of Lawton and Marlow, Oklahoma.

He played a small role in the Charlie Kaufman film Synecdoche, New York.