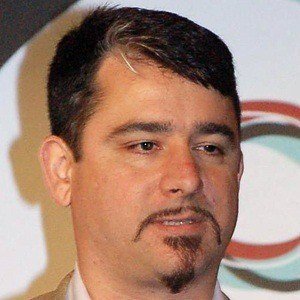 Blogger behind one of Britain's leading political blogsites known as Guido Fawkes. He held a popular weekly column in the Sun on Sunday taking a libertarian stance. He co-founded MessageSpace, which is a digital advertising agency representing several political websites.

He started doing public relations for acids parties in the early 1990s after taking interest in politics as a libertarian.

He won the UK Atari Asteroids video game championship in 1981.

He was born Paul De Laire Staines in Ealing, London, but is better known under his blogging moniker Guido Fawkes, a name inspired by English revolutionist Guy Fawkes.

TV host Piers Morgan is one of his biggest enemies in the blogosphere.

Paul Staines Is A Member Of