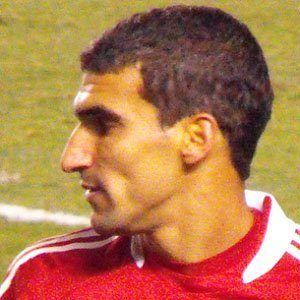 Canadian soccer player who made the most international appearances for Canada of any player ever. He led the national team to its first CONCACAF Gold Cup title in 2000 and received the Canadian Player of the Year award in 2001 and 2004.

He played youth soccer with the Malton Bullets in Ontario from 1992 to 1995.

His 84 international caps for Canada made him the most capped Canadian soccer player of all time.

His father is Italian and his mother is Guyanese.

Paul Stalteri Is A Member Of