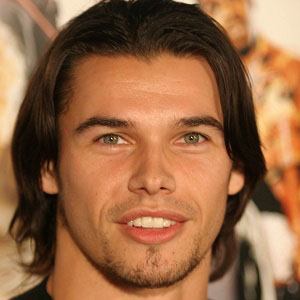 Perhaps most well known for his portrayal of Xander Cook on the NBC soap opera Days of Our Lives, Telfer is also notable for his recurring role as Luke Marwood on Hotel Babylon, as well as for his guest spots on The Vampire Diaries and NCIS.

Shortly after graduating with honors from the University of Kent at Canterbury, he appeared in episodes of Stargate SG-1 and Is Harry on the Boat?

He spent his youth in Paisley, Scotland, and later found acting work in both the United States and the United Kingdom.

He co-starred with Leelee Sobieski in the 2005 NBC miniseries Hercules.

Paul Telfer Is A Member Of