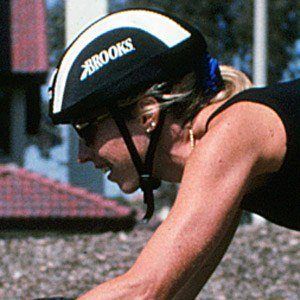 Triathlete and duathlete who won eight Ironman World Championships over a span of 11 years in the 1980s and 1990s.

She was a talented athlete growing up, and was a nationally-ranked swimmer.

The U.S. Sports Academy ranked her as a top-5 female professional athlete for the years 1972-1997.

She was born in Southern Rhodesia.

Later in her career she began racing ultramarathons, which were popularized by Yiannis Kouros.

Paula Newby-Fraser Is A Member Of