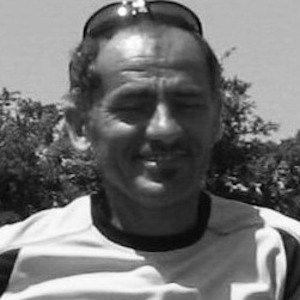 Ultramarathon runner who broke every men's outdoor road world record from 100 to 1,000 miles and every 12-hours to 6-days road and track record.

He gained recognition after winning the 1984 Spartathlon and the 1985 Sydney to Melbourne Ultramarathon, breaking records in both cases.

He was nicknamed the "Running God" and "Pheidippides Successor"; he later played Pheidippides in "The Story of the Marathon: A Hero's Journey" from 1991.

His parents were residing in Tripoli when he was born.

He and fellow Greek athlete Dinos Kouis were contemporaries.

Yiannis Kouros Is A Member Of